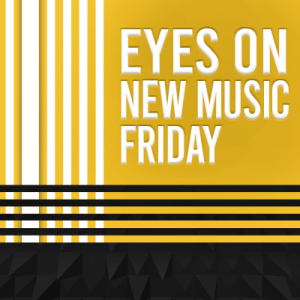 This is quite possibly the best new music Friday of 2019 so far, and to accommodate the extra rise in effort this week, we’ll be highlighting a few more exceptional works. With Caroline Polachek dropping one of the best albums of the year, Sasha Sloan releasing her new EP, and Katy Perry returning with another banging pop song… It’s one hell of a week.

‘Pang’, the title track from Polachek’s mind-blowing new album, starts simply with a smattering of electronic bleeps before launching its charm offensive. A smack in the face to anyone who swears that electronic pop songs can’t accurately bring the human emotion that real instruments can, ‘Pang’ delicately explores that deep seated feeling in our chests, and might just be one of the strongest songs of the entire year. Beautifully minimal but bursting outwards when it needs to. Danny L Harle’s style continues to evolve in such an epic way that it really does feel like we’re looking at one of the next big producers of our time.

Although ‘Never Really Over’ and ‘Small Talk’ occupy similar lanes to material Perry has worked on before, namely taking influence from the monumental Teenage Dream era and its pop sledgehammers, there wasn’t really any kind of expectation as to how ‘Harley’s…’ would sound once it eventually dropped – save for those leaked music video images from months ago. Luckily it’s everything you didn’t expect it to be and more. Following up from Witness album track ‘Tsunami’, it’s a sultry tropico-bop that feels more inspired by Ariana Grande than Perry’s back catalogue. And god damn, does she own it, especially when those last minute ad-libs come soaring through.

Liz clearly sold a part of her soul to some demon somewhere, having featured as a highlight on this very blog several times in the past few weeks, but the music continues to just astound in totally different ways each time. ‘Laguna Nights’ might be her best yet, a nostalgic 00’s floor-banger that wouldn’t sound out of place on a Selena Gomez greatest hits album. It works because of the sheer charisma in her delivery, taking us back on a time-warp to the times it clearly takes inspiration from. For those 4 minutes, you can lost in it, and that only happens with the very best.

Had you told me that a song that samples ‘Bette Davis Eyes’ and sounds exactly like Terror Jr. would be Devine’s next release, I’d have spat in your eye. But ‘Peachy Keen’ is exactly that, and she does it so well that there’s almost no doubt that her sound was ever anything but. Smartly, it toys with the sample ever so, leaving the brain to piece together where it has heard it from. This might be Devine’s best effort yet.

‘Dimelo’, meaning ‘Tell Me’, is one of Sofi’s slowest efforts yet. Still accompanied with her bedroom-style beats, it’s a stunningly intimate ballad that aims right for the heart from the very start. Nobody quite does ballads like Sofi, and that’s in part due to the beautiful delivery every time. It takes charm to blend two tongues together and for that to translate to everyone, regardless of the language they know, and it comes across effortlessly here. The pain and heartbreak practically drip from every word.

SASHA SLOAN / TOO SAD TO CRY

Speaking of heart-slashing lyricism and delivery, Sasha Sloan’s new album comes equipped with one of the most powerful lyrical creations of her entire work so far.

I mean, take a look at that right there. There’s an exceptional talent here and a bravery to discuss the hardest of topics as if they were nothing, and it’s much harder than anyone will ever give credit for. The song itself stands right back and lets those lyrics take the spotlight, until Sasha steps forward with some delicious vocals in the second half. It’s just… stunning.

If there was any justice in the world, this would be picked up by every radio station around the country and the UK would have no choice but to embrace back one of the greatest home grown girlbands we’ve ever had. Yes, girls, the original Sugababes are finally back, having fought for the name for a number of years. MKS, and the bulging vault of leaked tracks, is DEAD. ‘Flowers’ is the genius first step, fitting so well that you almost forget about the original song itself. Let’s hope there’s MORE to come and SOON.

Well I certainly didn’t expect this floundering single to have fresh life breathed into it at this point of the campaign via one of my favourite remixes ever at this point. Not really taking the song apart at all, the song instead injects this wonderful explosion of emotion that sounds like it belonged there all along. Considering the emotional weight of the original song, it’s a real feat how well this manages to slot right in. This is… exactly what remixes are about.

Well there are eight major highlights above, and even then I could keep talking about songs we’ve missed. Highasakite have dropped a Part One EP, and ‘Just a Small Quake’ is monumentally stunning, Allie X has followed up with the delightfully catchy and breezy ‘Rings a Bell’, ORKID‘s ‘CloudsNdrivebys’ features such an infectious synth/trumpet blend that I want in every one of her songs from now on, and Fickle Friends have co-opted the Wii Theme Song (Bolded for impact, yes the Wii theme song) into their new album lead, ‘Amateurs’. It’s one HELL of a week.